Pedestrians in Marseille: it rolls for you! 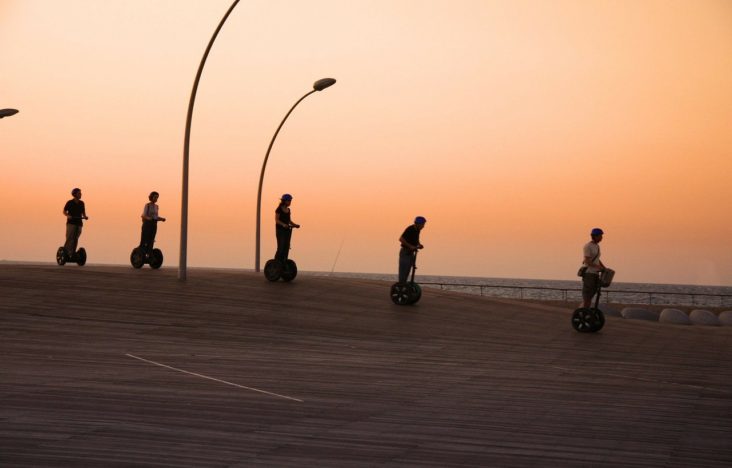 From the balcony terrace of the bar-restaurant La Caravelle, it is not uncommon to see a new breed of pedestrians passing by: rolling pedestrians! Zoom in on a trend that is growing, whether it’s used to commute to the office or to tour the city of Marseille.

The electric scooter, the hoverboard or Segway, the monowheel and the SmartBoard: you’re spoiled for choice. The models designed for “rolling along the pavement” have developed at record speed. Some are adherents of the  electric wheel. They are called “wheels”, for obvious reasons. In terms of style, this mode of transport has an effect: it only takes five minutes parked on the pavement before a curious crowd gathers around this fascinating object that was invented in 2011. Four years on the streets have been enough to cement its position in large cities.

Using the Segway to visit Marseille

Are you familiar with the Segway? Standing with feet firmly planted on two wheels, you have the controls. All you have to do is push forward in order to move forward – it’s a piece of cake! Mobilboard offers you two walks according to your wishes. The first course runs from Prado to Parc Borély via Stade Vélodrome. The second route begins at the Mucem, then towards Panier before arriving at the Old Port, a perfect drop-off point for ending with a drink on the balcony terrace of La Caravelle.

The skateboard of the future on the beaches of Prado

There’s also another version called  mini-hoverboard. This funny-looking machine looks a bit like a skateboard from Back to the Future, with the option to put both your feet on a platform with two wheels and fantastic blue lights! Weighing 10 kilos, it’s extremely light and is the preferred companion of children/teenagers that can be found at Parc Borély or on the beach promenade between Prado and Pointe Rouge. They can reach a speed of 10 km/h!